Dr Angie Rupp received BSAVA PetSavers funding to investigate serological markers (and potential geographic differences for their sero-prevalence) for acute canine polyradiculoneuritis at the University of Glasgow. Here she describes her project: 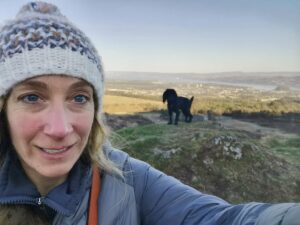 I graduated from the veterinary faculty of LMU Munich in Germany in 2003, immediately embarking on doctoral research into peripheral nerve regeneration in the Veterinary Neuropathology Unit, also LMU Munich, under the supervision of Professor Kaspar Matiasek. My time at the Neuropathology Unit not only included investigating clinical and electrophysiological gross and histological markers of peripheral nerve regeneration following injury, but also led to an interest in the fascinating field of neuropathology, partially because of Professor Matiasek’s infectious enthusiasm for this field.

Following completion of my doctoral project in 2007, I joined the neuroimmunology lab of the University of Glasgow to conduct a GBS support group-funded PhD on immune-mediated injury and recovery of the neuromuscular junction under the supervision of Professor Hugh Willison. His is one of the few labs in the world intensively investigating the human immune-mediated peripheral nerve disease GBS, including its pathomechanisms and diagnostic approaches, with the latter further offered in a diagnostic setting to support (human) neurologists in their clinical decision-making. During my PhD, I continued my education in neurology and neuropathology by spending time at the Veterinary Neurology Unit of the University of Glasgow.

While attending the annual symposium of the European College of Veterinary Neurology in 2010, fellow vet Ezio Bianchi approached me to ask whether I thought it would be worth examining the serum of dogs clinically diagnosed with ACP for the glycolipid antibody markers used in human GBS serum samples. The promising results of the ensuing pilot study conducted in a small cohort of Italian ACP dogs lead to this large, multicentre study supported by BSAVA PetSavers. Essentially, the project examined serum markers from a geographically heterogenous group of dogs diagnosed with ACP based on clinical, neurological and ancillary (serology, imaging, etc.) investigations. The diseased dogs were compared to dogs diagnosed with other peripheral and cranial nerve, neuromuscular (including myasthenia gravis) and muscular disorders, as well as neurologically inconspicuous control dogs. The collection of serum samples from these three groups was carried out over roughly 5 years. During this time, I returned to the veterinary world having completed my PhD and a further year of postdoctoral research in the field of GBS, conducted a residency in Anatomic Pathology at the University of Cambridge, and re-joining the University of Glasgow in 2016, this time as an Anatomic Pathologist at the School of Veterinary Medicine.

Overall, this study managed to accrue a very large number of samples from a multitude of collaborators, and I feel very lucky and privileged to have benefitted from the contribution of so many veterinary colleagues. Without their help, which ranged from study conceptualization, acquiring samples and filling in questionnaires, to organizational tasks and manuscript preparation, this kind of work would not have been possible. I also consider it incredibly inspiring that so many contributors were prepared to give some of their time for a big group effort trying to elucidate some questions in ACP. This notion more than once provided comfort when I occasionally felt a bit overwhelmed by a study providing a fair amount of organizational challenges.

One of the biggest challenges was the logistics. In accordance with the study protocol, which in turn adhered to guidelines for the international (human) studies on GBS, all international serum samples needed to be transported on dry ice which is itself expensive. Furthermore, some samples originated from as far away as Australia, South Africa and Romania, which required a substantial degree of organization. Despite impeccable planning, samples were detained at customs or experienced other transport delays on more than one occasion, which was always a slightly nerve-racking and nail-biting process as the reliable top-up of sample containers with dry ice by transport officials could not be guaranteed. Once samples arrived at the University of Glasgow, they immediately required unpacking, coding and transfer to designated freezers, which was not always easy to do amongst regular diagnostic and teaching duties.

The sample screening itself was – at least for me – the most straightforward part of the study as this aspect in its entirety was conducted by the more than capable hands of Sue Halstead and Dawn Gourlay, members of the Neuroimmunology Lab at the University of Glasgow. An additional benefit to the actual benchwork and quantification of fluorescent signals being conducted in the lab was that Sue and Dawn were truly blinded to sample identities, since uncoding only took place once samples had been completely analysed.

Overall, the results obtained from this large study closely followed those previously obtained in the small pilot study. Just under two-thirds of diseased dogs exhibited anti-glycolipid antibodies (GM2: 65.1%; GalNAc-GD1a: 61.7%), while such antibodies were observed in less than 10% of neurological and non-neurological control dogs. Representative images of combinatorial microarrays combined with fluorescent secondary antibodies on canine sera are shown in Figure 1. The rate of false-positive samples in non-neurological dogs was similar to that described in healthy humans. For the false-positive samples in dogs diagnosed with other neurological/ neuromuscular and muscular disorders, a percentage of samples (40%) may potentially need to be considered to represent a forme fruste of ACP, a diagnostic acumen or a combination of both. In addition to the serological results, this study was also able to confirm the salient clinical, epidemiological and seasonal features of ACP, namely dogs of varying ages and breeds acutely presenting with nonambulatory tetraparesis, hyporeflexia and dysphonia, in a large, geographically heterogenous study population. These findings are published as an open access paper in the February (2022) issue of the Journal of Small Animal Practice.

As a direct consequence of this study, a translation of the serological assay into a diagnostic laboratory setting is currently underway, in the hope that a serological marker might be useful to support clinicians when working up potential ACP cases. Such investigations would be applied ancillary to a thorough workup of clinical, neurological (including electrophysiological), serological and potentially imaging findings.

Applying to PetSavers for funding

For anyone applying for a PetSavers grant, I can only advise that initial investigations, such as a successful pilot study, are very advantageous as they lend substantial weight to the grant application. I would not have been able to carry out this large, multicentre study without financial support and for this I would like to thank PetSavers wholeheartedly. At the same time, I would also like to take the opportunity to thank all contributors for their time and efforts, and Prof Willison for his support and for giving me the opportunity to tap into his Wellcome Trust-funded resources and the expertise of his lab and team – teamwork makes the dream work